Topological string theories in dimension less than one are known to be governed by integrable hierarchies. The most famous example is intersection theory on the moduli space of Riemann surfaces, which according to Witten and Kontsevich is governed by the KdV hierarchy. In this talk I will present a general framework to understand the integrability of topological strings, as well as some new results along this direction for topological strings on noncompact Calabi-Yau threefolds.

Let M be a symplectic manifold, and let G be a connected compact rank 1 Lie group acting on M in a Hamiltonian fashion. We show that as fundamental groups of topological spaces, the fundamental group of the symplectic reduction of M is the same as the one of M.

Using ternary trees we build operads and use them to define a family of ideals in the (non-commutative) algebra generated by pointed trees. These constructions have several applications to iterations of polynomial maps and conjectures in algebraic geometry.

I will survey what we now understand about this problem, from the solution for zero momentum to our ongoing research for arbitrary momentum values. 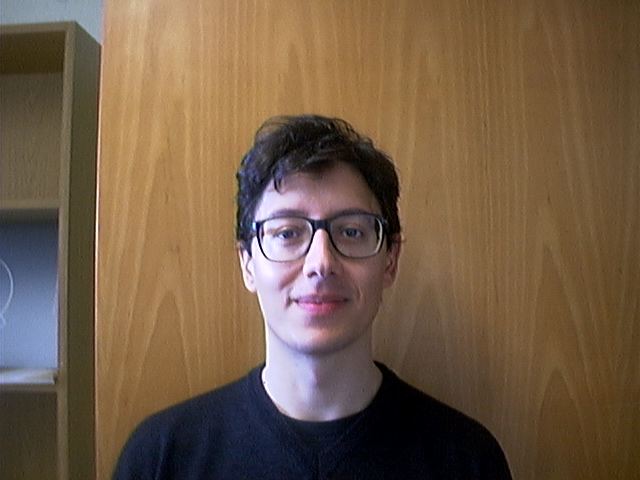 We will describe the coherent state transform for Lie groups. Then, we will explore some geometric applications to the quantization of cotangent bundles of Lie groups and to the theory of theta functions.

We show that any nonsingular regular surface of general type with $p_g=6$, $K^2=13$ and whose canonical image is not contained in a pencil of quadrics is a complete intersection in a generalized weighted Grassmannian.

In this talk I will explain how a general moment map formal set-up, developed by Donaldson for the action of a symplectomorphism group on the space of compatible complex structures, can be used to interpret and extend known results on the topology of symplectomorphism groups of rational ruled surfaces. The actual proofs are based on a result of independent interest: the space of integrable complex structures compatible with a fixed (but arbitrary) symplectic form on a rational ruled surface is contractible. This is joint work with Gustavo Granja and Nitu Kitchloo.

We construct an equivariant pro-object that represents Poincare Duality for the infinite dimensional manifold LM given by the space of loops on a smooth manifold M. By applying a suitably completed K-theory to this object, we get the structure of a TQFT (or Frobenius algebra) which has the value on the surface of genus zero given by the Witten genus of M.

By the work of Delzant, we know that all Hamiltonian toric $4$-manifolds are obtained by equivariant blow-ups of either $CP^2$ or an Hirzebruch surface. On the other end, given such a manifold, the classification of all distinct toric structures one can put on it is still unknown. In this talk, we will explain how one can use $J$-holomorphic curves techniques to prove a) that there is only finitely many such structures on a given $4$-manifold; b) that many symplectic blow-ups of $CP^2$ don't admit any Hamiltonian toric action. The ideas naturaly extend to Hamiltonian $S^1$-actions under mild hypothesis and give rise to some interesting questions.

There are two central theorems in algebraic geometry due to Hironaka: resolution of singularities, and Log-principalization of ideals. The second theorem relates to the elimination of base points of a linear system, and hence to the study of morphisms among smooth projective varieties. We intend to give some indications of an alternative simplified proof of both theorems, which has lead to various computer implementations in recent years.

Given a parallel $m$-calibration $\Omega$ on a Riemannian manifold $N$, we define for each $m$-submanifold $M$ an $\Omega$-angle that measures the deviation of $M$ to a $\Omega$-calibrated one. If $M$ is minimal but not $\Omega$-calibrated we expect that the $\Omega$-calibrated points can be expressed as a residue on a polinomial formula of invariants of $M$, the normal bundle $NM$, and $N$. This residue should be expressed on a PDE (possibly with singularities) on the $\Omega$-angle, via Chern-Weil theory. In this way, we propose to establish a link between two major theories of Harvey and Lawson: The theory of Calibrations and the one of Geometric Residues. We also propose the classification of minimal submanifolds with constant $\Omega$-angle. We study in detail the particular cases:

Moreover, we give a description of complex submanifolds with constant quaternionic angle. We obtain some rigidity theorems for submanifolds of QK manifolds.

We define an invariant of embedded graphs in 3-manifolds making use of the Turaev-Viro state sum invariant, defining natural observables for 3d quantum Gravity. We relate this invariant with the coloured Jones Polynomial of links. We make a similar construction for the 4 dimensional Crane-Yetter invariant.

Bart Van Steirteghem, Instituto Superior Técnico
A classification of smooth affine spherical varieties. Why? and How

If $G$ is a reductive group and $X$ a (normal) affine $G$-variety, we call $X$ spherical if every irreducible $G$-module occurs at most once in the coordinate ring $C[X]$ of $X$. Inspired by a conjecture of Friedrich Knop, which states that any such variety is determined by the module structure of $C[X]$, we classified the smooth affine spherical varieties up to coverings, central tori, and $C^*$-fibrations. We give an outline of the classification and briefly sketch the conjecture's origins in symplectic geometry: it is equivalent to Delzant's conjecture that compact multiplicity free Hamiltonian $K$-manifolds ($K$ a compact connected Lie group) are uniquely determined by their generic isotropy group and the image of the moment map.