Critical points having infinite Morse index and co-index are invisible to homotopy theory, since attaching an infinite dimensional cell does not produce any change in the topology of sublevel sets. Therefore, no classical Morse theory can possibly exist for strongly indefinite functionals (i.e. functionals whose all critical points have infinite Morse index and co-index). In this talk, we will briefly explain how to instead construct a Morse complex for certain classes of strongly indefinite functionals on a Hilbert manifold by looking at the intersection between stable and unstable manifolds of critical points whose difference of (suitably defined) relative indices is one. As a concrete example, we will consider the case of the Hamiltonian action functional defined by a smooth time-periodic Hamiltonian $H: S^1 \times T^*Q \to \mathbb R$, where $T^*Q$ is the cotangent bundle of a closed manifold $Q$. As one expects, in this case the resulting Morse homology is isomorphic to the Floer homology of $T^*Q$, however the Morse complex approach has several advantages over Floer homology which will be discussed if time permits. This is joint work with Alberto Abbondandolo and Maciej Starostka.

The study of geodesics in negatively curved manifolds is a rich subject which has been at the core of geometry and dynamical systems. Comparatively, much less is known about minimal surfaces on those spaces. I will survey some of the recent progress in that area.

In this talk, we present results on the homotopy type of the group of equivariant symplectomorphisms of $S^2 \times S^2$ and $CP^2$ blown up once, under the presence of Hamiltonian group actions of either $S^1$ or finite cyclic groups. For Hamiltonian circle actions, we prove that the centralizers are homotopy equivalent to either a torus or to the homotopy pushout of two tori depending on whether the circle action extends to a single toric action or to exactly two non-equivalent toric actions. We can show that the same holds for the centralizers of most finite cyclic groups in the Hamiltonian group. Our results rely on J-holomorphic techniques, on Delzant's classification of toric actions, on Karshon's classification of Hamiltonian circle actions on 4-manifolds, and on the Chen-Wilczynski smooth classification of $\mathbb Z_n$-actions on Hirzebruch surfaces. 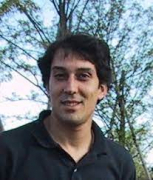 Carlos Florentino, Faculty of Sciences - University of Lisbon
To be announced

Ely Kerman, University of Illinois Urbana-Champaign
To be announced 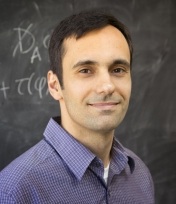